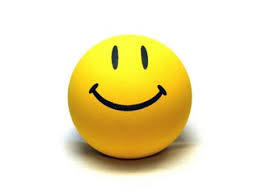 Japan will sign a treaty obliging the government to return to the rightful parent children of broken international marriages who are wrongfully taken and kept in Japan, sources said Friday. The Justice Ministry will begin work to review current laws with an eye on meeting requirements under the 1980 Hague Convention on Civil Aspects of International Child Abduction, the sources said. The government plans to conclude the treaty as early as in 2010.
The decision was reached amid criticism against Japan over unauthorized transfer and retention cases involving children. The governments of Canada and the United States have raised the issue with Japan and cited a number of incidents involving their nationals, blasting such acts as tantamount to abductions.

In one case, a Japanese woman who divorced her Canadian husband took their children to Japan for what she said would be a short visit to let the kids see an ailing grandparent. But the woman and her children never returned to Canada.

Once parents return to their home countries with their children, their former spouses are often unable to find their children. In Japan, court rulings and custody orders issued in foreign countries are not recognized.

Under the convention, signatory parties are obliged to set up a "central authority" within their government. The authority works two ways.

It can demand other governments return children unlawfully transferred and retained. But it is also obliged to find the location within its own country of a child unlawfully taken and retained, take measures to prevent the child from being moved out of the country, and support legal procedures to return the child to the rightful parent.

Sources said the Japanese government will likely set up a central authority within the Justice Ministry, which oversees immigration and family registry records. The ministry has decided to work on a new law that will detail the procedures for the children's return.