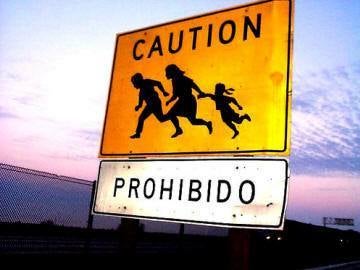 The Ninth Circuit has rendered an important decision on the Hague Convention on the Civil Aspects of International Child Abduction. Mendoza v. Miranda, (March 18, 2009).

Article 12 of the Convention provides an affirmative defense to a Hague return application if the abducting parent can show that the petition for return was filed more than a year after the wrongful removal or retention occurred, and “that the child is now settled in its new environment.” The one-year period can be “equitably tolled” in appropriate cases.

The Ninth Court overturned a district court decision that a Mexican child, whose mother had wrongfully removed her from Mexico five years earlier and who had since been residing stably in California, must be returned to her father in Mexico because her illegal immigration status barred her from being “settled” in the United States. The Circuit Court also reversed the trial court's ruling that the mother had concealed the child so that the one year period had been tolled.

The Ninth Circuit insisted that the child's current immigration status — a status similar to that of many millions of undocumented immigrants — cannot undermine all of the other considerations which uniformly support a finding that she is “settled” in the United States. Those considerations included her completion of the first through fourth grades at the same school; report cards reflecting consistently good grades and attendance and demonstrating that she has progressed well both academically and socially; the fact that she can speak, read, and write in both English and Spanish; and her enjoyment of and active participation in many after-school activities.

The Court stated that only in a case in which there is an immediate, concrete threat of removal can immigration status constitute a significant factor with respect to the question whether a child is “settled.” The judges insisted that “we see nothing in the Convention itself, in our case law, or in the practical reality of living in this country without documented status, to persuade us that immigration status should ordinarily play a significant, let alone dispositive, role in the “settled” inquiry.”

The Court pointed out that in the Mozes case it had previously held that unlawful immigration status does not preclude a finding that a child is a “habitual resident” of a country within the meaning of Article 3 of the Convention. The Court stated that it would be an odd result indeed if a child may be habitually resident, but not settled, in a country in which he does not have legal status.

Addressing the trial judge's concern that the child and her mother were subject to deportation at any moment, the Circuit Court stated that although there are undoubtedly real risks posed by illegal status, the reality is that millions of undocumented immigrants are presently living in the United States, many of whom will remain here permanently without ever having any contact with immigration authorities. It stated that the likelihood of deportation of law-abiding aliens is small, both because of the sheer number of undocumented immigrants and because the government has set a priority to deport those with criminal records. In such circumstances it would be contrary to the Convention's purpose of keeping a child in “the family and social environment in which its life has developed” to rely on immigration status as the basis for rejecting an Article 12 defense.

In also rejecting the trial court's determination that the one-year period should be tolled because the mother had taken steps to conceal the child the Circuit Court ruled that the parameters for tolling that it had set in the case of Duarte v. Bardales, 526 F.3d 563 (9th Cir. 2008) should be strictly construed. Under Duarte, a court may equitably toll the one-year period where two related conditions are met: (1) the abducting parent concealed the child and (2) that concealment caused the petitioning parent's filing delay. Duarte, 526 F.3d at 570.

The Court held that since equitable tolling may permit the return of children otherwise settled in their new environment, “we adhere closely to the parameters set by Duarte so as to ensure that the Convention's concern over uprooting children is not sacrificed to its aim of deterring child abductions.” Since there was no evidence that the mother ever hid the child's location from the father, who sent a package to the mother's address, the father had failed to establish that the one-year period should be tolled.