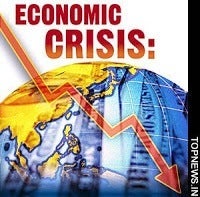 The global economic collapse has had divorced clients running to their lawyers seeking to rewrite divorce settlements or overturn divorce judgments that were made when assets value were far higher.

An English appeal court has just issued a key ruling on the issue of whether a court's final judgment dividing divorcing parties' assets can be reopened because of the impact of the current global financial turmoil on those assets.

In Myerson v. Myerson, the English Court of Appeal has issued a resounding “No!” Myerson v Myerson [2009] EWCA Civ 282.

The parties were divorced in London in February 2008. The wife was awarded 43% (about $16 million) in cash and real estate out of the couple's total assets of about $37 million. So the husband was left on paper with about $21 million. The problem for him was that it was all in the form of shares in a publicly traded investment company, of which he was the executive chairman. Indeed, that is what he had agreed to. Then the stock market crashed. Currently the shares are almost worthless. That's not fair, he said.

“Tough,” said the English court (in substance). Paraphrasing the language of Lord Justice Thorpe, he said in substance to the husband: “You wanted to remain captain of the ship in your company. When a businessman takes a speculative position in compromising his wife's claims, why should the court subsequently relieve you of the consequences of your speculation by re-writing the bargain at your behest? Anyway, the market goes up and down. Unusual opportunities are created for the most astute in a bear market. Finally, I am wary of opening the flood gates to this kind of submission. Your case is dismissed.”