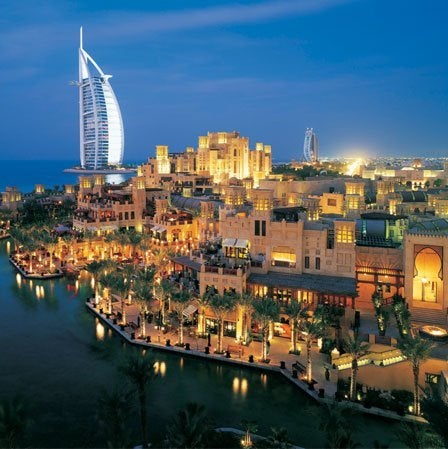 A four-year-old girl in Abu Dhabi is at the centre of an international child custody case that pits her divorced American parents against each other from different sides of the world. Sophie Azzolina goes to swimming and dance classes and has friends at her Abu Dhabi nursery school. Her mother describes her as "a bright and sweet little girl".

But while Sophie lives here with her father, Charles Azzolina-Michlin, who has been awarded custody by a UAE judge, her mother, Anna Sokolowska, lives in Texas, where she has been awarded custody by a US judge. "Despite multiple arrest warrants for Sophie's father in the US, both state and federal, I have not been able to secure her return home to Texas," Ms Sokolowska said. But Mr Azzolina-Michlin, a helicopter pilot, says he is acting in Sophie's best interests. "It's not as simple as it looks," he said. "Anna should never have been able to leave the country with Sophie, what she did was wrong, and she's gotten traction by jumping jurisdictions."

The couple moved to Abu Dhabi with baby Sophie in 2007 but their relationship began to deteriorate a year later. During a holiday in Kenya with Sophie in December 2008 Ms Sokolowska decided not to return to the UAE, and eventually took the child to Texas. After she left, Mr Azzolina-Michlin was granted custody of Sophie by a UAE court. However, a US court gave the couple joint custody in February 2010, and Mr Azzolina-Michlin was forbidden from taking Sophie to the UAE. He breached the order four months later, after telling a judge that he was taking Sophie to Italy, where he is a citizen. A US federal warrant was issued last month for Mr Azzolina-Michlin's arrest on charges of unlawful flight to avoid prosecution on child custody and kidnapping charges. Stories such as Sophie's are becoming increasingly common in the UAE, experts said. Because the country is not a signatory to the Hague Convention on the Civil Aspects of International Child Abduction, and has its own child custody laws, foreign governments cannot enforce their own such laws here. “What happens when you get a non-Hague Convention country, where there is no mechanism between countries, you are governed by the civil laws of the country where the child is,” said Sharon Cooke, a spokeswoman for Reunite International Child Abduction Centre, a UK-based charity. Alexandra Tribe, a British family lawyer based in Dubai, said about 20 per cent of the cases she deals with, or about five a year, are related to child custody and alleged parental child abduction. “I've seen considerably more cases while working here than in England,” she said.

The US State Department reported seven new cases of child abduction under US law, involving nine children, in the UAE in 2009, the last year data was collected. This number is up from six cases in 2008 and four cases in 2007. The UK's Foreign and Commonwealth Office does not keep annual statistics, but 27 cases in the UAE have been reported since a child abduction unit was formed in 2003, with seven cases remaining active.
Jeremy Morley, a New York-based international family lawyer who has consulted in “a few dozen” UAE cases, said the increasing number could be attributed to the UAE's high expatriate community. “As more expats are coming and going, there's a massive problem arising on where children are taken,” Mr Morley said. “It is increasing globally because travel is easier, and it's increasing in the UAE in particular because the economy has been so active there. There's so much more travel to and from.”

The return of children after they have been brought to the UAE from other countries is uncommon. Decisions are made under sharia and UAE courts may take into consideration the parents' religion, place of permanent residence and income, as well as the age and sex of the children. “This is the most challenging thing I have ever faced,” said Ms Sokolowska. “It's crazy, because he's residing in a different country and I have an order here, and it just doesn't mean anything.”  Interpol has been notified of the US arrest warrant, but Abu Dhabi authorities would not take action on it here. The US Office of Children's Issues has also met Sophie in the capital, but because there are no relevant treaties in force between the UAE and the US, it is “quite difficult to obtain the return of children from the UAE”, according to a letter from the director of the Office of Children's Issues to Ms Sokolowska's congresswoman.

The situation is similar for children brought from other countries. “A UAE lawyer would have to make a case in a UAE court,” said Ms Cooke, from Reunite International. “It is not common for returns to come from the UAE through the court system; a lot of the returns are voluntary.” Mr Azzolina-Michlin said ideally he would like to have Sophie's mother and younger sister, who is 19 months old, return to Abu Dhabi so that his daughters could be near both their parents. “I'm between a rock and a hard place, and I have to do what's best for my daughter,” Mr Azzolina-Michlin said.