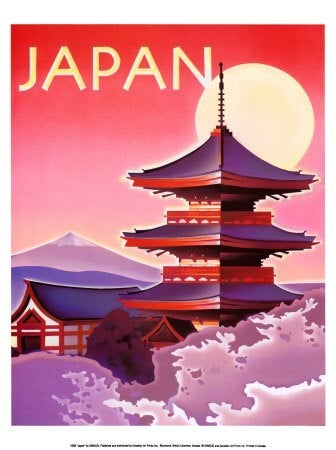 The statutory law in Japan contains no provisions concerning the jurisdiction of a Japanese court in cases concerning international spouses. The courts have held that the Japanese Family Court has jurisdiction over a divorce if at a minimum at least one party is a legal resident of Japan. The Court might exercise a discretion not to accept jurisdiction in certain cases where the parties are not significantly connected to Japan.

Divorce grounds: Article 770 of the Civil Code provides that there are five grounds for divorce:

iii. Uncertainty whether or not the spouse is dead or alive for three years or more;

iv. Serious mental disease without hope of recovery; or

In determining the meaning of “grave reason,” the courts formerly focused on fault, meaning that the spouse who caused the marital breakdown could not secure a divorce. This was changed by a 1987 court ruling (Supreme Court, 2 September, 1987, Min-Shu No. 41-6, p. 1423) in which a petition for divorce by the spouse responsible for the marital breakdown was accepted on the condition that this spouse was acting in good faith, as determined by three conditions which had to be met to protect the interests of the weaker party in the divorce proceedings. The three conditions were 1) separation for a considerable period of time, 2) absence of dependent children, and 3) absence of mental or social hardship. This case led the way for more acceptance of no-fault divorce. However, the older cases indicated that there needed to be a considerable period of separation (5+ years). Currently, the courts consider not only the length of the separation but also “such other factors as society's evaluation of the effects of the passage of time after the start of the separation.”

The issue of grounds is a contested issue only if the other party asserts that the allegation of a ground is false.

Mediation: Mediation is required before a contested divorce case can proceed in Japan, as provided in Art. 18(1) of the Code of Family Affairs Adjudication. Very occasionally such mediation can be avoided, but only in quite exceptional circumstances. A successful mediation my lead to a settlement agreement that, upon proper recording, may have the same effect as a final judgment.

Financial issues: Pursuant to Article 768 of the Civil Code of Japan, the Family Court has jurisdiction to divide the assets of the parties if a party in a divorce case files an ancillary complaint asking the Court to exercise its jurisdiction to do so and if the parties are unable to agree on such matters. Article 768 (3) of the Civil Code provides the Family Court with what, on its face, is an extremely broad discretion in exercising its jurisdiction. In the usual case there will be an equal division of assets; however, we have collected some authorities in which the Japanese court has given special consideration to the special talent and industry of a spouse.

Cut-off date: Although not statutory, the rule has been established through jurisprudence that the date of the separation of the parties is the relevant date for purposes of identification of assets. This can be of critical importance in many cases in Japan.

Interim orders: The Family Court has the power to issue temporary restraining orders such as an order of provisional attachment prohibiting a spouse from disposing of property until the final determination and an order of temporary support.

Spousal support: There is no alimony in Japan. If a spouse is in financial difficulty then sometimes the court will exercise a discretion to give that spouse a larger share of the assets as part of the disposition of the case.