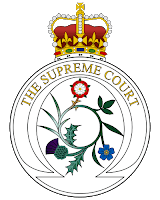 The U.K. Supreme Court has just issued an extremely important opinion concerning the grave risk of harm exception in a Hague abduction case.  In the Matter of S (a Child)[2012] UKSC 10. The ruling is surprising in at least three respects.

The Supreme Court (Lord Wilson) completely rejected the European Court's decision in X v. Latvia, stating, “[w]ith the utmost respect to our colleagues in Strasbourg” (!), that “we reiterate our conviction … that neither the Hague Convention nor, surely, article 8 of the European Convention requires the court which determines an application under the former to conduct an in-depth examination of the sort described. Indeed it would be entirely inappropriate.”

In the humble opinion of this author, the Supreme Court's rebuke is welcome and entirely correct, for the reasons I have previously stated in my article, The Hague Abduction Convention and Human Rights: A Critique of the Neulinger Case.

The second somewhat surprising element of the decision in In the Matter of S is that the U.K. Supreme Court has made it clear that in its previous decision last year in Re E (Children) (Abduction: Custody Appeal) [2011] UKSC 27 it did, indeed, intend to change the English interpretation of  the grave risk exception to the Hague Convention in a far broader way than English courts had previously adopted.

The third element that is surprising to a lawyer on this side of the pond is that the Supreme Court did not merely overturn the decision of the English Court of Appeal for objective reasons but it lashed out at that court in remarkably forthright and harsh language for its failure to read correctly and apply the Supreme Court decision in re E.

The bottom line is that, although the U.K. Supreme Court declared that in re E it had not really changed the law concerning Article 13(b), but had merely removed the “excrescence” that earlier case law to the plain meaning of the treaty, it has in fact broadened the exception as it is applied in England.

In a key paragraph of re E  the Supreme Court stated that,

“[T]he words "physical or psychological harm" are not qualified. However, they do gain colour from the alternative "or otherwise" placed "in an intolerable situation" …"'Intolerable' is a strong word, but when applied to a child must mean 'a situation which this particular child in these particular circumstances should not be expected to tolerate'". Those words were carefully considered and can be applied just as sensibly to physical or psychological harm as to any other situation. Every child has to put up with a certain amount of rough and tumble, discomfort and distress. It is part of growing up. But there are some things which it is not reasonable to expect a child to tolerate. Among these, of course, are physical or psychological abuse or neglect of the child herself. Among these also, we now understand, can be exposure to the harmful effects of seeing and hearing the physical or psychological abuse of her own parent. Mr Turner accepts that, if there is such a risk, the source of it is irrelevant: eg, where a mother's subjective perception of events leads to a mental illness which could have intolerable consequences for the child.” (emphasis added)

Now, in In the Matter of S (a Child)the U.K. Supreme Court had to determine how apply its prior ruling. A British mother living in Australia with the child's Australian father had separated, obtained an “apprehended domestic violence order” in the Australian courts, and then removed the child to England. She defended the Hague case by submitting strong psychiatric evidence about her fear of returning to Australia. The evidence showed that she was psychologically fine in England but that if she were to return to Australia her prior emotional trauma -- diagnosed as Battered Women's Syndrome, a form of Post-Traumatic Stress Disorder -- would likely return.  She also submitted evidence of some domestic violence against her but none as to the child.

The trial court determined that the likely psychiatric and psychological impact on the mother of a return to Australia was significant and severe. The source of her stress (the father) was in Australia. Contact with this source of stress (re-exposure to the father) would put her at risk for further acute stress and post traumatic stress. She had a prior history of anxiety and depression which not only lowered her threshold for acute stress and post traumatic stress but also increased the likelihood of a recurrence of her anxiety and depression.

The Court of Appeal overturned the trial court's ruling because her defense was based merely on her subjective perception of risks which might lack any foundation in reality.

The Supreme Court restored the trial court's original judgment in the basis that, “It matters not whether the mother's anxieties will be reasonable or unreasonable. The extent to which there will, objectively, be good cause for the mother to be anxious on return will nevertheless be relevant to the court's assessment of the mother's mental state if the child is returned.”

The Supreme Court declared that the Court of Appeal had wrongly defined the crucial question as whether the mother's anxieties were realistically and reasonably held. It stated that the critical question was what would happen if the parent and child were returned.  If, upon return, the parent would suffer such anxieties that their effect on the parent's mental health would create a situation that would be intolerable for the child, then the child should not be returned. It did not matter whether the mother's anxieties were reasonable or unreasonable.

The Supreme Court decision is also surprising for its failure to discuss the extent to which the child would be expected to suffer as a result of the mother's anticipated trauma.