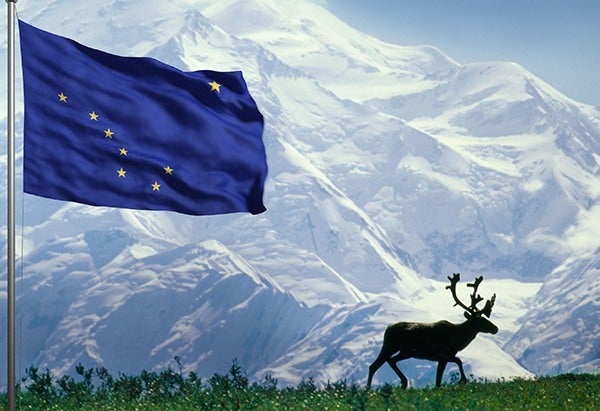 The Supreme Court of the State of Alaska has just upheld an order authorizing a father to take the parties 10 year old child to Micronesia even though that country that is not a signatory to the Hague Convention on International Child Abduction (Moore v. Moore 2015 WL 3452474 Alaska).

The lower court acknowledged the mother's desire to avoid “placing the child in any situation where [the father] might take her and keep her and not return her,” but concluded that it had “seen no evidence” and “heard no testimony that [the father] has that intention or desire.”  Although the lower court specifically discussed each of the statutory best interests factors as they relate to custody and visitation, the judge seemed dismissive of the Hague Convention when stating on the record “I don't care if it's a Hague Convention country or not. [Travel] is a good thing, in my mind. There are exceptions to that, of course. But in general terms, that's what I'm finding.”

The law in Alaska does not explicitly prohibit child custody visitation to non-Hague Convention countries or otherwise restrict international travel as part of custody visitation.  There are no specific statutorily mandated factors for a trial court to consider with regard to foreign visitation.  Alaska Statute 25.24.150(c) sets out nine enumerated factors for trial courts to consider when making a discretionary best interest determination toward apportioning custody;  (1) the physical, emotional, mental, religious, and social needs of the child;  (2) the capability and desire of each parent to meet these needs; (3) the child's preference if the child is of sufficient age and capacity to form a preference; (4) the love and affection existing between the child and each parent; (5) the length of time the child has lived in a stable, satisfactory environment and the desirability of maintaining continuity; (6) the willingness and ability of each parent to facilitate and encourage a close and continuing relationship between the other parent and the child, . . . (9) other factors that the court considers pertinent (7 & 8 are irrelevant in this setting as they pertain to domestic violence and substance abuse, both non-factors at trial here).

The crux of the mother's argument to the Supreme Court was that the trial court had abused its discretion by allowing this travel to non-Hague countries.  But there is no bright-line rule concerning travel to a country that is not a party to the Convention.  Accordingly a court must consider of a litany of factors, all taken together with the fact that the proposed country is not a signatory, as in Abouzahr v. Matera-Abouzahr (361 N.J. Super. 135, 824 A.2d 268 (N.J. Super. App. Div. 2003)), in which the court stated:

“The danger of retention of a child in a country where prospects of retrieving the child and       extraditing the wrongful parent are difficult, if not impossible, is a major factor for a court to weigh in ruling upon an application to permit or to restrain out-of-country visitation. But it is not the only factor. In addition to the laws, practices and policies of the foreign nation, a court may consider, among other things, the domicile and roots of the parent seeking such visitation, the reason for the visit, the safety and security of the child, the age and attitude of the child to the visit, the relationship between the parents, the propriety and practicality of a bond or other security and the character and integrity of the parent seeking out-of-country visitation as gleaned from past comments and conduct.”

Applying this test the Alaska Supreme Court easily upheld the lower court's decision. Since there was no evidence of a motivation on the father's part to abduct the child, no evidence that he was a flight risk, and the mother's “subjective fear that (the father) might abscond with the child is not, standing alone, enough to suggest that the superior court's order not limiting foreign visitation was unreasonable or otherwise an abuse of discretion.”  Such a fear by one parent must be “well founded” with a “justifiable basis for a genuine fear."

As in most of these cases, the moving party failed to adduce significant evidence to meet her burden of proof.  Indeed, it appears that she did not produce an expert international family lawyer to testify as to the risks.