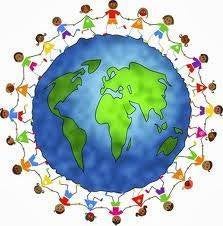 The Hague Convention was drafted upon the basis of a fundamental misconception. When it was negotiated it was anticipated that the abductors would mostly be noncustodial fathers. In fact, most parental international child abductors are the custodial parents of their children, most of whom are the children' s mothers, as the U.K. Supreme Court has expressly acknowledged. Re. E [2011] UKSC 27 [2011] FLR 758. One might well ask whether such a clear-cut but sometimes harsh and blunt remedy as a prompt return would have been adopted if the drafters had understood this essential fact.

While some claim that most mothers who wrongfully remove their children across international borders are fleeing domestic violence, that is not consistent with what I see in running a very busy international family law practice. In my experience, most abducting parents are mothers who have been living in another country, often for only a relatively short period of time, in relationship with a national of that country or with a person who is located in that country for business, career or educational reasons. When the relationship breaks down she simply wants to “go home” with her child to her country of origin.

Such mothers often feel alone, a "fish out of water" in a foreign land without family or strong friends. They may not know the language or the culture. They may well have enjoyed living overseas while the relationship was strong but now that the relationship is over they feel isolated and often scared. They are almost certainly not familiar with the local legal system and they are probably unfamiliar with local social services programs. They may well have been cut off financially, both as to ongoing support and as to their access to bank accounts and credit cards. They may not be able to work because they do not have a work visa, or they lack the necessary language skills or know-how. Once the relationship is over, if not before, their in-laws may well have taken “his side” in the disputes that arise and may raise new complaints and demands and assert additional pressures. They very often feel utterly betrayed and completely out of place. They certainly may have been abused, most often psychologically and sometimes physically. They desperately want to go home to their family, their friends and the environment that they know and in which they feel safe.

The appropriate solution for such expat parents should be to seek a relocation order from the courts in the country in which they and their children are currently located. This is where, in my opinion, the theory falls down. Winning international relocation cases in most jurisdictions is tough and seems to be getting tougher. There is an inverse relationship between how difficult it is to succeed in asking a local court for permission to relocate with a child and how frequent it is that parents abduct their children. In recent years there seems to be a trend towards making international relocation even harder to obtain. That trend is designed to serve the interests of a child in having both parents in the child's life and the interests of both parents in having their child in their life. I would submit that unfortunately the trend is often counter-productive. It is unfair to the expat parent who is stranded in a foreign country and it is unfair to the child whose primary care provider is upset, angry and beaten down and whose parents are at each other throats. The stranded parent often feels that she has no choice but to run away with her child.

However, all cases are unique – especially in this area of the law – and generalizations are dangerous.