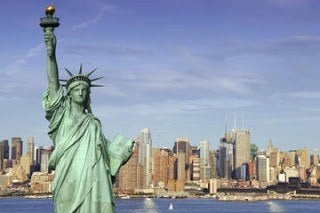 In New York there is a strong public policy favoring individuals ordering and deciding their own interests through contractual arrangements, including by prenuptial agreements. Accordingly, duly executed prenuptial agreements are accorded the same presumption of legality as any other contract. Thus, under New York law, a prenuptial agreement is presumed to be valid unless the party challenging the agreement meets a very high burden of showing that it was the product of fraud, duress, overreaching by one spouse resulting in manifest unfairness to the other spouse, or unconscionability.

An agreement is “unconscionable” if it is one “which no person in his or her senses and not under delusion would make on the one hand, and no honest and fair person would accept on the other, the inequality being so strong and manifest as to shock the conscience and confound the judgment of any person of common sense.” Sanfilippo v. Sanfilippo, 137 A.D.3d 773, 774, 31 N.Y.S.3d 78. Although courts carefully scrutinize marital agreements based on the fiduciary relationship of the parties, “an agreement is not unconscionable merely because some terms may seem improvident; it must shock the conscience to be set aside” (Tremont v. Tremont, 35 AD3d 1046, 1048 [3d Dept 2006].

Nonetheless, it is critical to note that an agreement that might not have been unconscionable when entered into may become unconscionable at the time a final judgment would be entered. Maddaloni v. Maddaloni, 142 A.D.3d 646, 649, 36 N.Y.S.3d 695

The burden of proof as to unconscionability is on the party seeking to set aside the agreement.

The parties had married in 2007 and had three children. Shortly before their marriage, they entered into a prenuptial agreement. It provided, inter alia, that, in the event of separation or divorce, each party waived the right to the other's separate property, including property acquired from the proceeds of separate property acquired during the marriage; that each party would keep separate bank accounts; and that the husband's maintenance obligation would be limited to a lump sum payment of $20,000.

The husband had practiced medicine since 1987 and earned approximately $300,000 annually. The wife had been employed part-time as a sales person when the parties met, but did not work outside the home during the marriage and dedicated herself to the care of the household and the parties' children, one with special needs.

The Court determined, on appeal that the terms of the agreement were unconscionable since its enforcement would result in the risk of the wife becoming a public charge, and since she was unemployed, largely without assets, and was the primary caregiver for the parties' young children. For these reasons the Court overturned the lower court's order that had granted summary judgment in favor of the husband and it granted the wife's cross motion for summary judgment ordering that the prenuptial agreement was unenforceable.

The moral: Prenuptial agreements must be drafted with great care and must foresee the possibility that they will be judged in the light of unforeseen future circumstances.