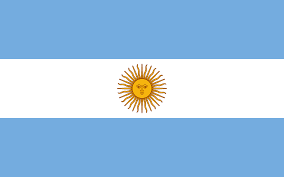 Country Summary: The Convention has been in force between the United States and Argentina since 1991. In 2020, Argentina continued to demonstrate a pattern of noncompliance. Specifically, the Argentine judicial authorities failed to regularly implement and comply with the provisions of the Convention. As a result of this failure, 67 percent of requests for the return of abducted children under the Convention remained unresolved for more than 12 months. On average, these cases were unresolved for six years. Argentina was previously cited for demonstrating a pattern of noncompliance in the 2015-2020 Annual Reports.

Initial Inquiries: In 2020, the Department received one initial inquiry from a parent regarding a possible abduction to Argentina for which no completed application was submitted to the Department.

Significant Developments: Draft legislation designed to address Argentina's judicial delays, introduced in the Argentine legislature in 2018, was not enacted in 2020. Serious delays persisted within the Argentine judiciary in 2020, contributing to a pattern of noncompliance. Additionally, in 2020, there was a significant changeover of Argentine Central Authority officials working with the U.S. Central Authority, leading to some delays in communication.

Central Authority: While the U.S. and Argentine Central Authorities have a cooperative relationship, delays in communication about actions to address patterns of noncompliance are an area of concern.

Location: The competent authorities took appropriate steps to locate a child after a Convention application was filed. It took eight days to locate this child. Judicial Authorities: There were serious delays by the Argentine judicial authorities in deciding Convention cases. As a result of these delays, cases may be pending with the judiciary for over one year, contributing to a pattern of noncompliance.
Enforcement: In one case pending for more than 11 years, Argentina has not enforced a return order for the last several years. Additionally, Argentina's legal system allows multiple appeals both on the merits of the decision and on the manner in which the decisions are enforced, thereby creating excessive delays which contribute to a pattern of noncompliance.
Access: In 2020, the U.S. Central Authority had one open access case under the Convention in Argentina. This case was opened in 2018. This case has been filed with the Argentine Central Authority. No new cases were filed in 2020. By December 31, 2020, this case remained open. This case has been pending with the Argentine authorities for more than 12 months.
Department Recommendations: The Department will continue intense engagement with Argentine authorities to address issues of concern.