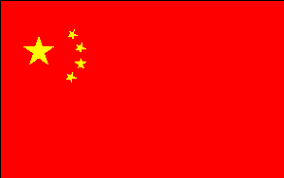 China does not adhere to any protocols with respect to international parental child abduction. In 2017, China demonstrated a pattern of noncompliance. Specifically, the competent authorities in China persistently failed to work with the Department to resolve abduction cases. As a result of this failure, 75 percent (three cases involving three children) of requests for the return of abducted children remained unresolved for more than 12 months. On average, these cases were unresolved for two years.

In October 2017, the Assistant Secretary for Consular Affairs met with China's Ministry of Foreign Affairs Director General as part of the 2017 U.S.-China Consular Dialogue, where he urged China to join the Convention.

In April 2018, a U.S. Embassy Beijing senior official highlighted the importance of the Annual Report with his counterpart at the Ministry of Foreign Affairs. In May 2018, a U.S. Embassy Beijing senior official met with representatives from China's Ministry of Foreign Affairs ahead of the 2018 U.S.-China Consular Dialogue, where he conveyed that China had been cited in the 2018 Annual Report.

Upon release of the 2018 Annual Report, during the U.S.-China Consular Dialogue, the Assistant Secretary for Consular Affairs delivered a demarche to the Chinese government noting that the Department had cited China in the 2018 Annual Report as demonstrating a pattern of noncompliance and requesting that the Chinese government engage in dialogue with the Department on the Convention.