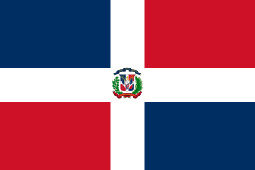 The United States regularly presses the Dominican Republic directly to improve its performance. In 2017, the USCA nominated the Director of the Dominican Central Authority (DCA) for the International Visitor Leadership Program. In April 2018, an official from the Office of Children's Issues traveled to the Dominican Republic, met with the DCA and discussed ways to improve communication. During this meeting, the DCA and USCA agreed on a method for improving the overall quality and frequency of communication between our Central Authorities.

In June 2018, the Consul General at U.S. Embassy Santo Domingo delivered a demarche to the Dominican Ministry of Foreign Relations, giving official notice that the Department cited the Dominican Republic for demonstrating a pattern of noncompliance. The demarche also highlighted the lack of progress on long-standing cases, and requested an update on a case pending with the Dominican Supreme Court.

The embassy delivered both messages to the DCA and the Dominican Attorney General's Office.