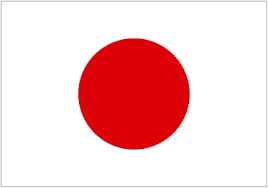 The Convention has been in force between the United States and Japan since 2014. Since then Japan has made measurable progress preventing and resolving cases of international parental child abduction. The number of abductions to Japan reported to the Department has decreased since the Convention came into force for Japan. Despite this progress, in cases where taking parents refused to comply with court return orders, there were no effective means to enforce the order, resulting in a pattern of noncompliance. As a result of this failure, 22 percent (two cases involving five children) of requests for the return of abducted children under the Convention remained unresolved for more than 12 months. On average, these cases were unresolved for one year and 10 months. The Department continues to urge Japan to resolve the 21 pre-Convention abduction cases that remained open at the end of the year, all of which have been outstanding for many years.

In November 2017, senior Department officials delivered a demarche to the Embassy of Japan's Political Minister, expressing their concern that Japan was not upholding its Convention obligations in failing to enforce Japanese court return orders. In September, October, and November, a U.S. Embassy Tokyo senior official met with senior Japanese Foreign Ministry officials to express those same concerns.

In December 2017, the U.S. Ambassador to Japan delivered a demarche with the same points to Japan's Deputy Chief Cabinet Secretary. Also in December, the Special Advisor for Children's Issues met in Tokyo with Japanese government officials to encourage Japan to create measures for enforcing Convention return cases and resolve pre-Convention abduction cases.

In February 2018, the Special Advisor for Children's Issues met with the Japan Central Authority Director in Washington, D.C., to raise concerns on enforcement and to review all pre-Convention cases.

In April 2018, high-level officials from the Department and the U.S. Embassy in Tokyo met in Tokyo with Japan's Consular Affairs Director General, reiterating concerns regarding enforcement and the need for a whole-of-government approach to fix it.

Following the release of the 2018 Annual Report, U.S. Embassy Tokyo delivered a demarche to Japanese authorities stating that the Department had cited Japan in the 2018 Annual Report for demonstrating a pattern of noncompliance because of the persistent failure to enforce judicial decisions. The U.S. embassy urged the Government of Japan to review and address the impediments that result in enforcement failures, and provide the Department with an update on the actions it intends to take in order to promptly enforce Convention return orders and the timetable for such reforms.

The embassy further requested Japan's assistance in specific Convention and preConvention cases. The Department is considering the use of further tools under the Act if Japan continues its pattern of noncompliance in failing to promptly enforce Convention court orders.