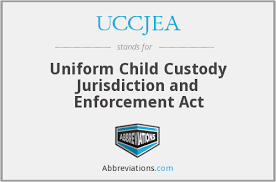 A New York appellate court has ruled that a father could not register a California custody order in New York when he had previously failed to oppose the mother's effective registration of an Israeli custody order which had modified the California order. Matter of Worsoff v. Worsoff, 161 A.D. 3d 879, 75 N.Y.S.2d 525 (N.Y. App. Div. 2018).

The mother opened a custody case in Israel and the Israeli court, on father's default, issued an order granting sole custody to the mother, who then relocated with the children to New York. The mother then filed an application to register the Israeli order in the Family Court of Nassau County, whose Clerk served the requisite 20-day notice on the father.

The Lesson: Pursuant to the UCCJEA, if the registration of a foreign custody order is confirmed after the opposing party has failed to request a hearing within twenty days of service of the required statutory notice, that party cannot subsequently assert that the foreign order was issued by a court that had no jurisdiction to do so.