U.S. Senators Feinstein and Tillis have written to Secretary of State Mike Pompeo urging him to increase efforts to bring abducted American children back home to the United States by using all of the tools and resources at the State Department's disposal.

They have specifically criticized the State Department for issuing mere diplomatic protests known as “demarches” against countries who have been identified by the State Department as noncompliant. They directed their comments, in particular, at the failure to take more serious action against Japan. 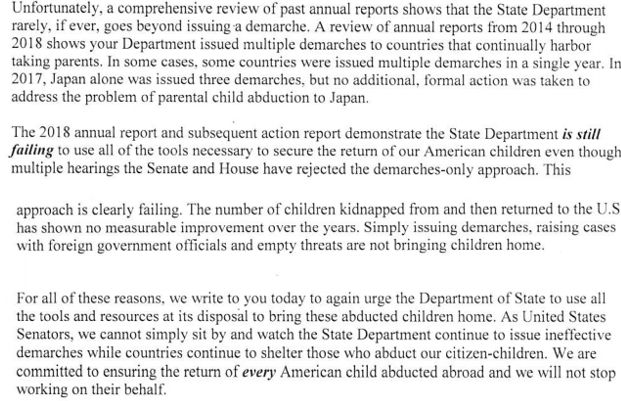 I have appeared as an expert witness on many occasions concerning Japan's laws and practices concerning child custody and child abduction, and will discuss these matters in detail during my forthcoming visit to Japan.