We have worked on many matters involving Turkey, with Turkish counsel as appropriate, including:

-International child abductions to and/or from Turkey

-Divorce cases with a Turkish connection

-Child relocation and child custody cases with a Turkish connection

Please contact us for further information as to how we can assist with matters involving Turkey. 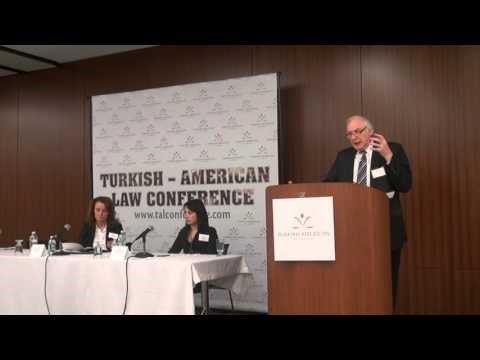 Mr. Morley was a speaker at the Turkish-American Lawyers Conference at New York Law School on the topic of "Turkey and International Family Law."

Turkey has a record of failing to comply with international norms concerning the return of internationally abducted children and the Hague Abduction Convention.

Courts in Turkey have frequently insisted that a Hague case requires the courts to conduct a full and lengthy “best interests” evaluation. Such practices are in flagrant disregard of the treaty, which requires that courts must not consider “best interests” and must return wrongfully removed or retained children so that the courts of the habitual residence of the children may decide what is best for them.

Furthermore a return under the Hague Convention should normally occur within six weeks of the initiation of a case but the Turkish record is that it generally takes one year or often far more than that for a return to take place.

There has been insufficient training of judges and lawyers concerning the Hague Convention. The U.S. Department of State issues annual compliance reports to Congress as to the compliance of Hague treaty partners with the terms of the Convention. Such reports are extremely conservative in their views but it is remarkable that Turkey has perennially been sharply and negatively criticized by the United States Department of State for its misconduct in failing to return children abducted to Turkey from the USA to Turkey. They establish that the Turkish courts have failed to return abducted children and in many other cases have failed to do so until many years have elapsed.

The European Court of Human Rights (the "ECHR") has ruled on at least two seperate occasions that Turkey has violated the human rights of left-behind parents by failing to return children who were abducted to Turkey.

On March 5, 2012 the ECHR rendered a ruling in that Turkey had violated its obligations to a father residing in the United States whose Turkish wife took their daughter for a visit to Turkey in 2007 and failed and refused to bring her back. In plain violation of the Hague Convention the Turkish courts had made a best interests ruling in the father's Hague case. At first instance and on appeal they had held that it was best for the child to stay in Turkey. The ECHR ruled that Turkey had thereby violated the treaty.

Unfortunately the only result of the ruling – after close to five years of litigation -- was that the Government of Turkey was required to pay a nominal sum of damages to the left-behind father, but that the child remained in Turkey. In another case the ECHR ruled that Turkey violated the rights of a left-behind Icelandic mother to have access to her children in Turkey. The mother had travelled to Turkey from Iceland on more than 100 separate occasions to try to see her children but these efforts had been entirely unsuccessful because the father had hidden the children each time and the Turkish authorities had failed to take any meaningful measures to assist her. Again the result was merely a fine.

On May 24, 2011 an American mother testified before the United States House of Representatives' Foreign Affairs Committee that she had allowed the child's Turkish father to take their son from their home in Ohio to Turkey for a family visit; that the father had provided her with a round trip travel itinerary; that he had given her a signed, notarized statement promising to return with the child on the stated dates; and that he had nonetheless kept the child in Turkey. She testified as to enormous efforts to get her child home – all of which had been entirely unsuccessful – and to her consequential emotional distress and devastation. In yet another case, a child was abducted from Israel to Turkey in 2004 by her mother. The left-behind father promptly sought the child's return under the Hague Convention. The Turkish authorities eventually ordered the child's return. The case went on appeal to the ECHR, which upheld the return order. At that stage the mother hid the child in Turkey and the Turkish authorities failed to find her for two years. Only then – four years after the abduction and only after an enormously expensive series of court battles and after the father had traveled to Turkey more than fifty times – was the child ultimately returned.

Since the court system in Turkey in Hague cases has improperly allowed a taking parent to demand a full plenary best interests analysis, the taking parent invariably has had ample opportunity to create “facts on the ground” in terms of getting the child sufficiently settled into life in Turkey as to justify a Turkish court in ultimately deeming that it is best to keep the child in Turkey. Will matters improve? The Turkish Central Authority promises that they will.